Did you know Johnson is a Historical Site?

We are proud that Johnson Middle School is the site of the Munemitsu's Farm, leased by the famous Mendez Family during World War II.

The Munemistu Farm grew strawberries, beans, squash, tomatoes, and asparagus. However, the Munemitsu family was forced into an internment camp by officials during the war. Fortunately, the Mendez family stepped in to care for the farm during their incarceration.

A daughter of the Mendez family (born in 1936), Sylvia Mendez was destined to impact civil rights history during her elementary years on the farm. Specifically, Sylvia Mendez was the child at the center of the landmark 1947 case, Mendez vs. Westminster. Her parents and neighbors fought against segregated education for children of Mexican descent in southern California. It was her case that banned segregation in California public schools and paved the way for the national ban on segregated schools in Brown vs. Board of Education seven years later.

When she grew up, Ms. Mendez became a pediatric nurse, and devoted her life to telling the story of her family and the legacy of the case. She received the Presidential Medal of Freedom from President Obama for her advocacy for educational opportunity for “children of all backgrounds and all walks of life.”

After winning the landmark Orange County case, “Mendez, et al vs. Westminster School District of Orange County, et al,” the groundwork for ending school desegregation throughout California — and eventually the nation — was put in place by her family decades before the civil rights movement captured the country’s attention.

Over seventy years later, Mendez still serves as a fierce advocate of her parents’ legacy, traveling the country to tell the story of Mendez vs. Westminster. Her heroic account weaves together historic figures like Thurgood Marshall and Earl Warren and events including the internment of Japanese Americans during World War II and the Brown vs. Board of Education Supreme Court decision.

According to Ms. Mendez, “This is the history of the United States, the history of California,” and “Mendez isn’t just about Mexicans. It’s about everybody coming together. If you start fighting for justice, then people of all ethnicities will become involved.”

Mendez v. Westminster brought an end to segregation in O.C. schools - and ultimately throughout the state and nation. In September of 1943, Sylvia Mendez, then 9 years old, and her two brothers went with their aunt and three cousins to enroll at the 17th Street School in Westminster.

School officials, however, told her aunt that her children, who were half-Mexican but had light skin and a French surname, could register at the "white" elementary school, but the Mendez kids, who were dark skinned and had a Mexican last name, were not allowed; they had to enroll at the "Mexican" school 10 blocks away.

Mendez's parents were appalled and sued the school district in what turned out to be a ground-breaking civil rights case that helped outlaw almost 100 years of segregation in California and was a precedent seven years later for Brown v. Board of Education.

"I didn't realize registering for school would have such an impact," says Mendez, 71, who now lives in Fullerton.

When California Constitution was drafted in 1849, Spanish and English were the state's official languages.

Previous to 1855, Mexican children attended Anglo schools. But after the Mexican-American War and the Treaty of  Guadalupe Hidalgo, which ceded California, Arizona, New Mexico and Colorado to the United States, was signed, the state legislature changed a few laws.

Until the Mendez case, the logic of "separate but equal" facilities, which was established by the U.S. Supreme Court in the 1896 case of Plessy v. Ferguson, was the law of the land.

The Mendez family (father Gonzalo, mother Felicitas, sons Gonzalo Jr. and Jerome and daughter Sylvia) moved from Santa Ana, where they owned a cafe, to Westminster, where they leased a ranch from the Munemitsus, a Japanese family who was being interned at Poston, Ariz.

When Gonzalo was told his children were barred from the 17th Street School, he talked with the superintendent and then went to the Orange County School District. They rejected his requests that his children be allowed to enroll.

But Marcus made a bigger case, and on March 2, 1945, filed Mendez v. Westminster, a class-action lawsuit against four Orange County school districts (Westminster, Santa Ana, Garden Grove and El Modena, now Eastern Orange) seeking an injunction that would order the schools to integrate.

Friends of the court briefs in favor of desegregation were filed by the American Civil Liberties Union, National Association for the Advancement of Colored People, the National Lawyers Guild, the American Jewish Congress and the Japanese American Citizens League.

Friends of the court briefs in favor of desegregation were filed by the American Civil Liberties Union, National Association for the Advancement of Colored People, the National Lawyers Guild, the American Jewish Congress and the Japanese American Citizens League.

Sylvia says she wasn't surprised by her father's actions. "It was during the war when people were accused of being a Communist if you didn't follow what was right, but he wasn't scared," she says. "He knew that what he was doing was the right thing to do. He was going to right a wrong."

The trial started on July 5 in the U.S. Federal District Court in Los Angeles. Marcus argued that the Mexican children were not treated equally by attending inferior schools with substandard books.

Marcus also argued that the Mexican children were not given adequate language testing before inclusion in the "Mexican" schools, and that segregation based on nationality violated the equal protection clause under the 14th Amendment of the U.S. Constitution.

The school districts' lawyer, on the other hand, said education was a state matter and the federal courts had no jurisdiction. He also argued that students were segregated so Mexican students could receive English lessons that would ready them for immersion with the already fluent English students.

A FAVORABLE RULING
On March 18, 1946, Judge Paul J. McCormick ruled that the "segregation prevalent in the defendant school districts foster antagonisms in the children and suggest inferiority among them where none exists" and that the equal protection clause had been violated.

"That was radical for the time," says Chris Arriola, a Santa Clara County Deputy District Attorney, who has written extensively on the Mendez v. Westminster case. "That decision overturned a law that said segregation was OK."

The school districts appealed the decision, but on April 14, 1947, the 9th Circuit Court of Appeals in San Francisco upheld the federal court ruling.

Thurgood Marshall, who wrote the NAACP's friend of the court brief for Mendez v. Westminster, used the decision as precedent when he argued Brown v. Board of Education in front of the U.S. Supreme Court.

In 1954, Warren, then Chief Justice of the U.S. Supreme Court, wrote the opinion in Brown v. Board of Education that declared school segregation unconstitutional.

In 2007, to mark the Mendez trial's 60th anniversary, the U.S. Postal Service issued a special stamp. Additionally, the Gonzalo Felicitas Mendez Fundamental Intermediate School was opened in 2001 to commemorate this historical achievement.

Sandra Robbie won a 2003 Emmy for a KOCE-TV documentary "Mendez vs. Westminster: For All the Children/Para Todos Los Ninos." The 30-minute documentary is available at www.koce.org. "This DVD isn't the be all and end all. It's the beginning of the conversation," says Robbie, who also has co-written a children's book called "Mendez vs. Westminster."

"This is my legacy," says Mendez, who has been invited to speak at Harvard University next year. "I told my mom I will make sure everyone knows what you did." 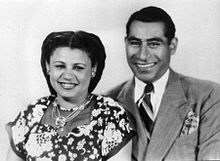 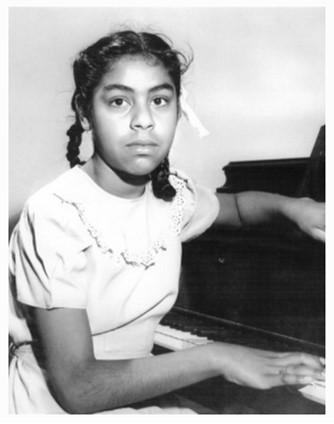 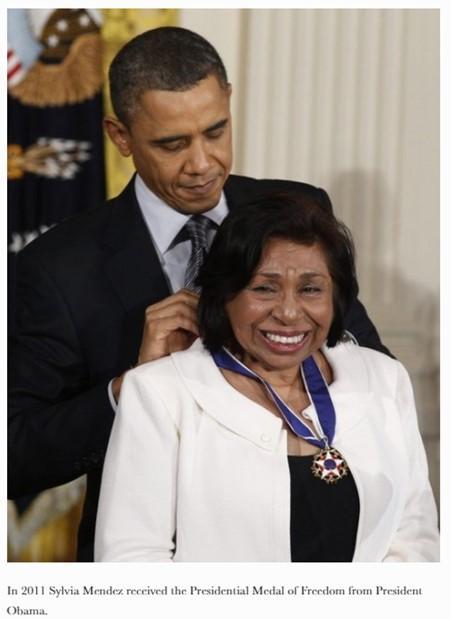